mousemusings...multimedia, music, progressive politics, video, web design and general rants
Human beings will be happier - not when they cure cancer or get to Mars or eliminate racial prejudice or flush Lake Erie but when they find ways to inhabit primitive communities again. That's my utopia.
~Kurt Vonnegut
Sunday, September 10, 2006
Michigan Politics 2006 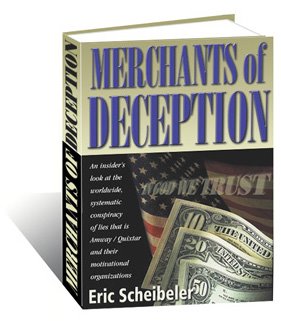 This is a book about the Dick DeVos billions: where they came from, and how they were gotten.
Don't vote in Michigan's next election without first reading this book: Merchants of Deception. (free download, about 2.3 MB PDF).

He's claiming that he'll bring jobs to Michigan, but his company has laid off 600, offered early buyouts to hundreds more, and opened a plant in China.

Admittedly, there are two sides to this story. But the counterattack by the Republican party is, frankly, laughable. They point out that Michigan has lost 103,100 jobs under Granholm (2003-2006). But they fail to mention that from 2000-2003, under the Engler administration, the state lost 239,900 jobs.

If you just look at the numbers under Granholm administration, it looks bad. But in point of fact, she's done quite a bit better than her predecessor.

Getting back to the topic of the book, it is worth noting that it is more than an exposÃ© on the "moral values" of the Republican gubernatorial candidate. It is an exposÃ© of the whole concept of the ownership society.