mousemusings...multimedia, music, progressive politics, video, web design and general rants
Human beings will be happier - not when they cure cancer or get to Mars or eliminate racial prejudice or flush Lake Erie but when they find ways to inhabit primitive communities again. That's my utopia.
~Kurt Vonnegut
Tuesday, February 21, 2006
Things that Make me Frown

While Cheney dominates media coverage and the media continues to miss the real metaphor, that is, scattered demolition regardless what trigger his finger touches, or whatever his mouth shoots off, I choose to search for other news that may be conveniently passed over.

The Laboratoire europÃ©en dâAnticipation Politique Europe 2020, LEAP/E2020, now estimates to over 80% the probability that the week of March 20-26, 2006 will be the beginning of the most significant political crisis the world has known since the Fall of the Iron Curtain in 1989, together with an economic and financial crisis of a scope comparable with that of 1929. This last week of March 2006 will be the turning-point of a number of critical developments, resulting in an acceleration of all the factors leading to a major crisis, disregard any American or Israeli military intervention against Iran. In case such an intervention is conducted, the probability of a major crisis to start rises up to 100%, according to LEAP/E2020. 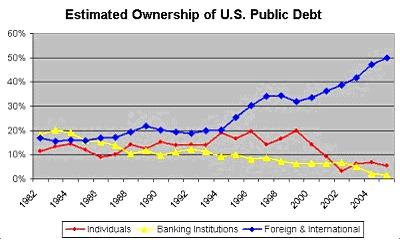 âIf I were to try to dream up an initiative to highlight that Republicans are on another planet when it comes to energy policy, this investigation would be it,â said Markey. âHaving utterly failed, after repeated giveaways to the industry, to do anything to help the American people deal with skyrocketing heating oil prices, natural gas prices, gasoline prices and rising dependence on foreign oil, what do they decide to investigate? A charitable donation of heating oil to relieve the suffering of a few thousand American families!

I don't even want to get into Condi Rice's attempt to villify Chavez at the moment, else my head explodes.

WWIII or Bust: Implications of a US Attack on Iran
even though
There is no imminent threat of Iran building a nuclear weapon
"This notion that the United States is getting ready to attack Iran is simply ridiculous... Having said that, all options are on the table." -- George W. Bush, February 2005

"The Bush administration cannot be trusted with foreign policy. Its military adventurism has already proven disastrous across the globe. It's incumbent upon each of us to do whatever we can to stop this race towards war."