mousemusings...multimedia, music, progressive politics, video, web design and general rants
Human beings will be happier - not when they cure cancer or get to Mars or eliminate racial prejudice or flush Lake Erie but when they find ways to inhabit primitive communities again. That's my utopia.
~Kurt Vonnegut
Sunday, December 18, 2005
Deconstructing Reconstructionists, Redux

Obviously, most people are not paying attention.

It seems odd that only 42% would favor impeachment if the President lied to us about the rationale for the war. If that is not a high crime, I would like to know what would be a high crime. 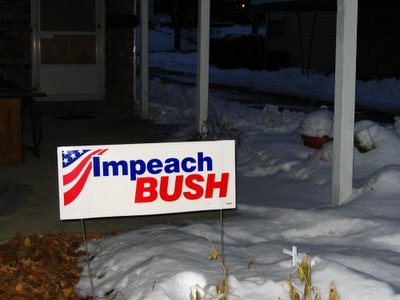 Oh, and about the title, I would like for people to recall an old post, pertaining to connections between Bush, Diebold, and the Reconstructionist movement. That in itself is not grounds for impeachment, but it is scary as hell.