mousemusings...multimedia, music, progressive politics, video, web design and general rants
Human beings will be happier - not when they cure cancer or get to Mars or eliminate racial prejudice or flush Lake Erie but when they find ways to inhabit primitive communities again. That's my utopia.
~Kurt Vonnegut
Tuesday, November 29, 2005
Pecans 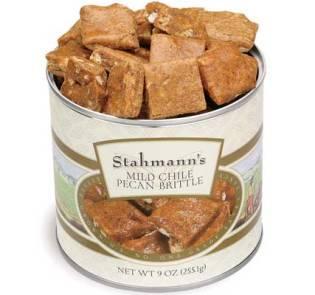 A buggy-maker by trade, W.J. Stahmann came to the Mesilla Valley from Wisconsin, on a barge traveling down the Mississippi, keeping bees along the way. Settling first in El Paso, W.J. Stahmann raised cotton and tomatoes, built a canning plant and opened four cotton gins in the Mesilla Valley. In 1926, W.J. purchased the first 2,900 acres of what was to become Stahmann Farms in Southern New Mexico.

... no one knows why Deane Stahmann decided to pull out his cotton plants and plant the first pecan trees in the valley. Some say it was his wife's idea. Others say it was the economy or the development of synthetic fabrics. Whatever the reason, he planted over 4,000 acres of pecan trees in the early 1930's on two separate plots of land, the 2,900 acre Santo Tomas Farm and the 1,100 Snow Farm. Soon the Stahmanns became the largest pecan producing family in the United States. Years later, when Deane Jr. planted 2,000 acres of trees in Australia, the Stahmanns became the largest pecan producers in the world.

Driving through the orchard, you will notice that weeds and grass grow freely among the trees. Although the fields do not look as nice as they did when the weeds were cut every three weeks, this practice yields good results. Stahmann Farms virtually stopped using chemical insecticides in 1987. Today, green and black aphids are controlled with thousands of ladybugs, lacewing flies and other natural predators that live and reproduce in those ugly weeds posted by Cyndy | link | | |
Home