mousemusings...multimedia, music, progressive politics, video, web design and general rants
Human beings will be happier - not when they cure cancer or get to Mars or eliminate racial prejudice or flush Lake Erie but when they find ways to inhabit primitive communities again. That's my utopia.
~Kurt Vonnegut
Friday, November 15, 2002

This: Awareness: Information Awareness Office
is a must read 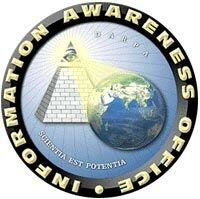 "Safire, a former Nixon speechwriter, (re:You are a Suspect) current Sharon telephone pal and all-around icon of right wing thought, is one of the growing number of conservatives who fear Bush has become the living embodiment of Orwell's worst nightmare, creating a vast, unaccountable internal government spy apparatus that would give East Germany's Stasi a run for its money. Since coming to power, Bush has been shredding civil liberties and promoting secrecy like there's no tomorrow (quite literally), derailing the traditional protection of the courts, limiting congressional inquires into what really went down on 9-11, and increasing the government's ability to operate in the shadows. "

While you're kissing all you've loved goodbye, you may as well take a look at the text to the Homeland Security Bill Someone had better! posted by Cyndy | link | | |
Home